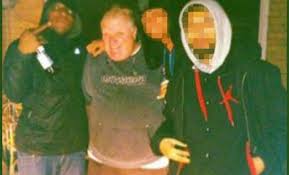 The evidence isn’t 100 per cent certain, but is certainly convincing. Toronto mayor Robert Ford is in a photo with some young Somali immigrants (one of who was later murdered) outside a house in Etobicoke, known to neighbours and police as a site of intensive drug activities (some have described it as a crack house.)

Three journalists from two separate media organizations saw a video purportedly showing Ford with a crack pipe, muttering incoherently as someone who would be high on crack would, from someone attempting to “shop” the show for the highest amount of money. When the story broke in the Toronto Star and the U.S. website Gawker, the Globe and Mail followed up with a story (based on months of investigation) showing the mayor’s confidant and brother had been involved in the drug trade many years ago, and one of the city hall’s insiders is associated with that group.

Wait, there’s more. Gawker ran a crowd-sourcing campaign to raise $200,000 to buy the video. It got the money, but the video is now reportedly “gone.” ?There was a shooting nearby in a drug-infested high-rise (near the house where the image of Ford was taken), and there were also reports that,in the Windsor Rd. house, a few days after the story broke, some guys did a home invasion and beat up the occupants, searching for the video. ?Several members of the mayor’s office staff resigned, apparently after hearing at least one senior person saying he knew where the video could be found, and maybe someone should go and get it. Ford denies he is a crack addict, but refuses to answer any media questions on the various allegations. He certainly hasn’t sued anyone for libel. One possible reason for this silence is that his lawyer advised him not to speak in public on the topic.

Nuff said — but the mayor is still in office, and his popularity is high enough that, allowing for vote-splitting on the left, he could be re-elected. He is supposed to be right-of-centre and has inherited a successful family business.

Right-of-centre. Mayor. Crackhead. Oh my. What is happening? ?What do you make of incongruities and oddities that, on the surface, just don’t add up?

Stories like this provide intriguing marketing challenges. Assumptions about what is right and wrong, about political ideology and career-ending moves, about the positive and negative impact of media publicity, all fit into this story, and none of them really do that well. Sometimes things defy logic and explanation. I just scratch my head.

Reputation management and your marketing/brand (and the nasty wormhole)

Social media and content marketing: Is it a magic bullet?