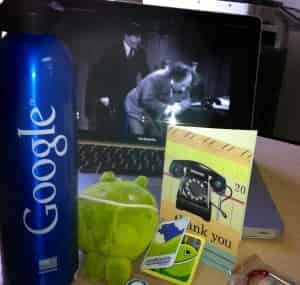 We can learn a lot about best practices and marketing trends by studying Google’s operations and methodologies. Undoubtedly, the search engine giant has revolutionized the advertising and marketing business and it now has enough money to reinvent rules and traditional processes — which we should consider adapting to our own business models and operations.

Google bases its success in part on the massive ability to crunch incredible volumes of data. Everything with this company has become super-sized, though hopefully through healthier activities than traditional fast food fare. The business has been designed to run on auto-pilot — with human engineers, coders and other skilled workers testing out new concepts on a small scale to see if they can integrate and be applied on a higher level.

(I have first-hand experience as one of Google’s guinea?pigs. Voluntarily answering questions on the company’s AdSense third-party ad serving platform help forum has led to moderator, or Top Contributor, status, and (so far) three expense paid-trips to Google meet-ups and summits. My experiences and first-hand observations resulted in me deciding to allocate some RRSP funds to purchase GOOGL shares — meaning I am now a very small part-owner of the company.)

We can see how Google combines data with humanity, however, most clearly when it comes to recruiting and hiring practices. The company has crunched the numbers from it’s incredibly growing labour force, based on the philosophy that you don’t want to hire good — you want to hire the best.

This fortune.com article observes that Google’s recruiting budget is perhaps the highest of any private company, quoting John Sullivan, a San Francisco State University professor who has studied Google and advises companies on hiring,

The decision to pour in such resources comes, he says, from a calculation the company made early on that a top-notch engineer is worth dramatically more than an average one. If a great employee is worth 300 times more than average one, as one Google executive speculated in 2005, it makes sense to spend 10 times more on recruiting. That also partially explains why the company provides lavish perks, job flexibility, and time for personal projects.

Ok, but here is one of the surprises Google discovered by crunching its data. It could find no correlation to determine any special skills at hiring among its staff,?Laszlo Bock, senior vice-president of people operations at Google?told the New York Times.

Years ago, we did a study to determine whether anyone at?Google is particularly good at hiring. We looked at tens of thousands of interviews, and everyone who had done the interviews and what they scored the candidate, and how that person ultimately performed in their job. We found zero relationship. It?s a complete random mess, except for one guy who was highly predictive because he only interviewed people for a very specialized area, where he happened to be the world?s leading expert.

In other words, even with all the data, Google could find no correlation in its organization with any staff-interviewing qualities relating to hiring or recruiting effectively.

However, the company has found:

Instead, what works well are structured behavioral interviews, where you have a consistent rubric for how you assess people, rather than having each interviewer just make stuff up.

Behavioral interviewing also works ? where you?re not giving someone a hypothetical, but you?re starting with a question like, ?Give me an example of a time when you solved an analytically difficult problem.? The interesting thing about the behavioral interview is that when you ask somebody to speak to their own experience, and you drill into that, you get two kinds of information. One is you get to see how they actually interacted in a real-world situation, and the valuable ?meta? information you get about the candidate is a sense of what they consider to be difficult.

What can we learn from this stuff, at least on a level that we can apply in our own recruiting, business and marketing decisions? The results will challenge anyone who wants to find a paint-by-numbers approach to these challenges. Sure, build some structure and systems into your processes, and don’t be afraid to spend money to hire the very best talent (and that may be ‘more’ than the best talent you can find.) But recruiting and hiring?is still more of an art than a science — and even with all of its money, fame and?number-crunching advantages, even Google hasn’t quite discovered the magic formula.

Should you ever need to “call the audible” in construction sales...