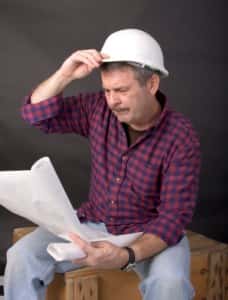 Life isn’t fair when it comes to business and marketing. Insiders have an inside track — and outsiders are, well, outside. “Free and fair” tendering and bidding often is more myth than reality, especially when successful marketers and business developers have set the stage so their organization (or client’s organization) determine the winner ahead of time.

Most of us have the good fortune to know what it feels like to be on the inside, at least in some occasions, and I expect virtually all of us have felt the cold icy space of the outside. It can be easy to be bitter when you are in that spot, and sometimes the bitterness is justified.

For example, a well-regarded Ottawa general contractor has approached me to work on a story about a “post qualification” process for a government public works project, which he says has resulted in unnecessary costs to the government of more than $900,000. A contractor who was far from the low bidder won the work. The angry contractor has achieved some credibility in his assertion of unfairness in his observation that even if the project had been tendered fairly, in his opinion, he wouldn’t have won the work. He said he knows of at least one other general contractor, with years of experience and relevant qualifications, who provided a lower bid than him for the work.

The government’s qualification documents, on the surface, appear to be in order, but the devil is in the details. Subjective “point scale” evaluation criteria allow for lots of fudging and rule-favouring for specific participants. I won’t name names here, because I haven’t investigated nor interviewed everyone involved in the story. The aggrieved contractor has decided to raise his concerns with the media (me) and relevant trade associations, and I certainly respect his perspective. In this context, he is seeking to serve the public good, NOT his own self-interest, and that makes for a newsworthy observation.

Yet, of course, fairness is in the eyes of the beholder. If you were the winning contractor and through years of healthy working relationships with the government organization, had reached the level of client confidence that you had advance knowledge of the planned project, and the ability to have an input into the criteria/qualification process, would you be violating ethical and business standards by using your knowledge to skewer the story in your favour?

I realize there can be grey areas. In one case where I successfully won a highly profitable multi-year contract, the client sent me documentation and financial information about a competing proposal before it became public. I certainly didn’t ask for this data — and if I had done even the slightest thing to encourage it, I would have violated ethical standards and possibly the law. But once I had it, I knew the client really, really, wanted me to bid on the job, and so I assembled a joint venture partnership with all the requisite qualifications, and we won the work. What about the outsiders who responded to the obscure public offer to bid on the initiative, however? (The project continues to generate revenue for my business, six years later.)

We need to remember our ethical standards, of course, and we need to respect competitors, the community and higher values in our marketing. However, the goal of an effective marketing initiative is to stack the deck in our favour — to make the “fairness” serve our own interests. I respect the disgruntled general contractor’s perspective in this story, and will follow-up on it. We may never know whether the successful contractor had any influence behind the scenes — because the story, in these situations, is rarely what it appears to be in public.

Do you have stories where you think the deck was stacked in your, or someone else’s, favour? Please feel free to share your thoughts in a comment. You can remain anonymous if you wish.

Bad marketing, bad sales: Why do so many get it so...

Complexity and simplicity: Striking the balance in construction marketing