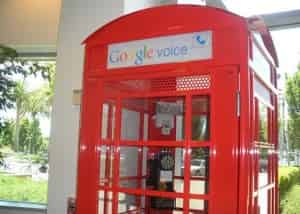 Late last night, coincidentally, two people from my long-past communicated with me. One, a writer who worked with me in a government department three decades ago, left me a phone message to say he had retired and suggested we could get together for a beer. (Last meeting, about three years ago, I recall almost screaming at him that he appeared to be the victim of an “offshore bride” scandal.)

About a half hour earlier, a contractor I met five years ago on the West Coast emailed to share some search engine optimization news and urged me to phone him. I did. ?Unlike the first person he has, to my knowledge, successfully married an offshore bride, but we weren’t going into the personal space as much as he wanted to share his inspiration about how he would charge $1,500 to other contractors on a contingency fee basis to build websites that truly would rank incredibly high on Google.

He demonstrated his concept to me by inviting me to check the search engine ranking of some fairly logical keywords for local services people might actually need. ?Even without geolocation advantages — I’m quite a ways away from his test city — the rankings appeared genuine.

“I’ve called some of those so-called search engine optimization consultants, and they say that they need a small fortune and it will take several months, and there are no absolute guarantees,” he said. “I can get this type of ranking in few hours.”

I can be cynical at times. ?Certainly I can be skeptical. I also know how people can be scammed if they really want to close their eyes and live the dream the scammer builds. (Some scammers are quite talented, until they are caught, and I suppose are brilliant, if they aren’t.) But a good scammer doesn’t have warts in his story like the guy who contacted me last night.

“Ok, so you have this ranking,” I said. “What does it mean for your business?”

He answered: ?”I received 30 calls last week from my search engine rankings?”

Then he launched into a discussion about how “Internet” clients won’t pay the price –how he has sold nothing to his online respondents. ?He added his business has declined 50 per cent in the past three years. Huh. His sites, well, they combine extreme simplicity with the style of something you would perhaps see in a home-made site created in 1998.

(In a follow-up email he asked me not to report on these matters, rightfully observing that readers might not want to do business with someone with this story. I’m deliberately disguising all the key elements of the individual’s identity here to prevent any linkage to him.)

I don’t know yet where the two back-to-the-future communications last night will lead. ?I will have a beer with my former government colleague, but the drink will need to wait until at least next week. This afternoon, I’m on a plane to Calgary for five days at the national Construction Specifications Canada convention (I’m the chair of the CSC Ottawa Chapter.)

Meanwhile, my SEO-aware contractor has taken up my offer to build some quick sites to correlate with one of our U.S. expansion markets. ?Part of me is “scared” that his strategy will backfire badly, as many SEO games do, but I figure if he can really create a great search template, we can create a really good site for people to visit and, if the combination results in meaningful business, then we’ll have a story to advertise and promote effectively.

Obviously, the stories I’m sharing here are incomplete. Marketing in part is about packaging the stories to tell the tales that appeal to current and potential clients so they’ll do more business with us. Good stories, of course, have conclusions, and then sometimes sequels so they can be shared, sold, and developed even further.

I’m not sure how the two old stories that returned to my life last night will end. However, with a grain of caution and a willingness to listen, I’ll look for the next chapters.

The power of co-operative marketing: The MSL Show in action

About branding and honesty: It isn’t hard to get things right